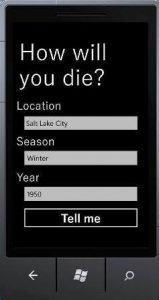 Ways to Die is a mobile application for Windows Phone which allows you to see the way you will probably exit this planet due to the climate change effects in your neighborhood. It retrieves climate data and predictions from NASA for 1950 to 2099. By presenting the data in an interactive, playful, Facebook connected and easy-to-use interface, which follows a gaming flow, we help raise awareness about climate change in people.

The team behind this project include 7 nationalities who met in the Tampere Space Apps Challenge and found out that they are in love with beer, puppies, tea, and theatre.  They were: Maria Victoria Palacin from Peru, Vlad Cristea from Romania, and Maike Schmidt from Germany, Katya Abakumova from Russia, Dumitry Coretchi from Moldova, and Philippe Luickx from Belgium. 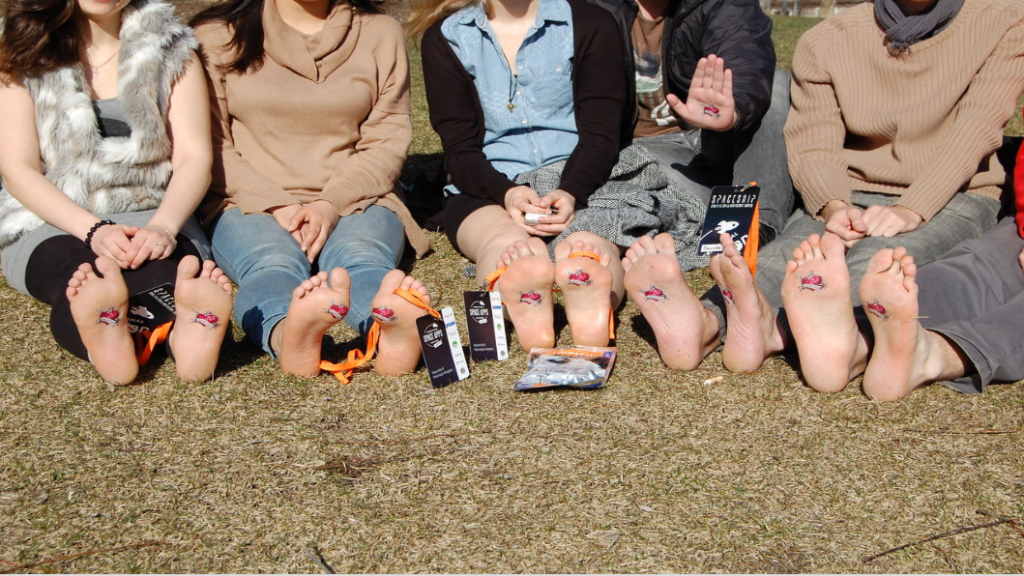